Spotlight and Review of The Helpline by Uday Mane

The Blurb
Samir is suicidal. Rachael works for a suicide helpline. Fate connects them through a phone call. And so begins Samir’s story of love, longing, errors, regret and a girl who changed his life. As his story reaches its conclusion, Rachael will know the true reason behind his suicidal tendencies. But this suicide helpline is not any ordinary service. There is more to the mysterious and yet so convincing voice of Rachael. As this new mystery begins to unfold, Samir is going to discover three things:
What is The Helpline?
Who is Rachael?
What is Samir’s own identity?
Every year, several teenagers in India attempt suicide because of failing relationships, dwindling careers, parental pressure or the competitive world. This story is about one such teenager, his early problems and the hurdles to cope with them. This story is about finding hope in the struggle. This story is about fighting for what you believe in and discovering your true identity. This is not a story about falling in love. This is a story of rising from a failed love story.

The Helpline is a book that deals with many topics that touch all souls in this lifetime.

Samir is one such individual who is undergoing a brawl within and is about to take a big plunge anytime cause he has seen it all at the tender age of 20 years. He is fighting the anger within and suppressing his desires while trying to please his family. During this bout, he meets some good friends who actually try to put some sensibility into his insane and restless mind. This keeps him hanging by a thread until time takes a toll, and he finally gets a grip on himself and avoids the thought of suicide.

The Helpline is the author's first book, and I am impressed with the amount of issues he could touch in a persuasive manner without burdening the minds of the reader by the facts of life.

Disabilities, Indian Parents, Society, Education, Love, Expectations and Career are some of the subtle topics that he could discuss well in his book.  As a reader, I was in unison with the facts laid out by the author.

His stories within this book were very moving emotionally. He could keep me in the grips of his novella. His flow was compatible until the end, which happened quite rapidly, and as a reader I had to pause and re-read to understand "The End", which no doubt is quite fascinating and riveting. There were quite a few editorial glitches, which the author/publisher should review.

The Helpline has a fine, gripping, and thought-provoking storyline, and I would recommend it to any reader who wants a powerful punch with regards to today's scenario, thus giving the tenacity to fight it!

Uday Mane was born in Pune and raised in Mumbai. He works as a marketing professional during the day and a storyteller during the night. He is an avid reader, and loves to collect classic books.


The Helpline is his debut novel that was launched in March 2014 at the hands of Padma Shri Paresh Rawal. 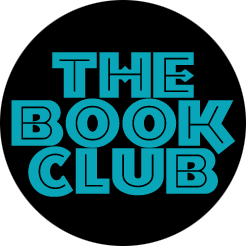 Posted by Ruchira Khanna at 3:41 PM