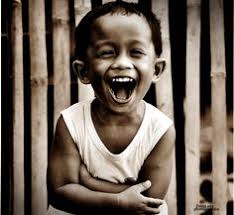 "The house looks so clean. Where's my cyclone?" Dad inquired as soon as he entered his home.

"She's mostly been in her room since then. Let me get her." said five-year-old Trisha's Mom.

"Aha! There's my Lemon Queen," he said with glee and was quick to extend his hands towards her. His daughter came towards him with exuberance and landed on his lap.

She placed her tender fingers on his cheek as the dad started to tickle Trisha. Her giggles filled up the room, and the parents' face radiated like the sun from the happiness that she spread year-round.

In 99 words (no more, no less), write a story that features Lemon Queens. Maybe it’s an ancient fairy tale or a modern brand name. What ideas seep into your imagination? Is there a character or place involved? Go where the prompt leads!

Posted by Ruchira Khanna at 5:20 PM

What an adorable image of a child who brings her parents so much joy.