Review and Spotlight of Canvas of Dreams by Jaya Siva Murty 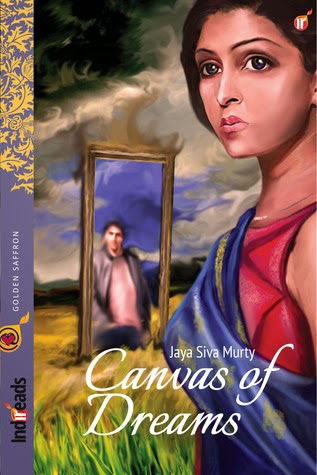 The Blurb
Riya seems to have lost everything—the man she loves to another woman, her husband to death and her soul to fear.An unexpected meeting with her first love, Ryan, stirs up long repressed feelings but also allows her to move out of the long shadow of the past. Unburdened, she feels free to pursue her dream of opening an art gallery and the handsome and intriguing artist Rehaan. But memories of her marriage refuse to fade away and then suddenly, Ryan shows up in her life again. Now, Riya must find the courage to reconcile her past and present.For Riya, life is a canvas of dreams. Can she distinguish between reality and fantasy?
Buy @

Canvas of Dreams is about a story of Riya and Ryan, who were childhood friends and love blossomed thereafter. However, the bond broke loose when they separated for higher studies, and eventually all contacts were deliberately cut when Riya heard a something about her boyfriend, Ryan.

Life continued, and they meet unexpectedly. Old flames rise, which eventually lead to a fire that was getting difficult to extinguish. This lead them to partially open up their pile of their past, but then ego's clashed when temper was raised by each of them, and that resulted in things staying as is, and they departed with a heavy heart.

Life gave them another opportunity, and this time maybe they realized the impact of time and how life was flying by that they both paused to understand each other, and eventually the cat was out of the basket!

This lead to these two individuals to a happily ever after!

The Author, Jaya Siva Murty did an excellent job in telling a story of two lovers that had the urge to unite, but kept themselves away when their self-pride came in the way. They lived their respective lives in bitterness, and agony until destiny threw them together and forced them to unite after breaking all the barriers.
Canvas of Dreams a story that all persons plan to imagine and draw upon a white raw canvas for themselves a tale of happiness. But when different personalities collide, it could become a story of love, misunderstanding, break up, living under regret, egos clash, and finally making up when the flame within refused to extinguish. 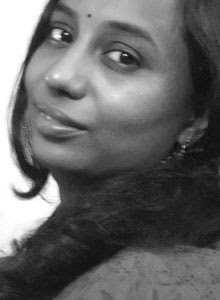 Jaya Siva Murty is a business writer and social media manager from Visakhapatnam, India. Fascinated with the written word since the age of ten, she would file away her poems and short stories in a secret diary, till some were finally published by ‘Times of India’ and ‘Savvy’. She has written for the Economic Times and now provides India-relevant stories for a Hong Kong based magazine. When she’s not designing content for websites, or writing technical blogs and articles for clients worldwide, she spins yarns with unusual twists and turns through her works of fiction.

Jaya holds a business management degree and has taken creativity lessons at Stanford University. ‘Canvas of Dreams’ is her debut foray into novella writing.

You can stalk her @

Posted by Ruchira Khanna at 1:10 PM