A Tale of Quiet Reflection

"Di I don't want to ride behind you." he said in an annoyed tone. 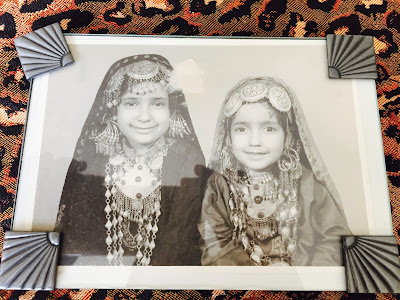 "What happened?" I asked with curiosity.

"Err why don't you take the back seat, and I shall drive." he suggested with caution.

"Are you kidding?" I said with anger and continued, "Now, sit back. We have to get that stuff for mom before she gets jumpy."

He sat behind me but with a grumpy face as I zoomed off the Kinetic Honda to the destination.
Picked up and dropped off things in a jiffy.

Later during the day, I saw my little brother still brooding over that incident. I approached him and tried to know the reason and after quite a few rounds of cajoling he confessed.

I was shocked and devastated at the same time. Bit my lip took a couple of breaths and replied in arrogance while placing my hands on my hips, "Well, you have no choice. I am four years elder to you. So, I get to drive, and you shall sit at the back."

Sure, my brother did not give in easily.

There were arguments, loud and super high ones!

Finally, my mom was the intermediator.

When she came to know the reason, she paused and gave her verdict, "How about you guys take turns?"

"What? Never!" I replied loudly and while dashing to my room I gave out my usual criticism, "I know he is your favorite. No one loves me!"

Alas! Those teen years when the adrenaline was high thus diminishing the power of reasoning!

As hours ticked by, I gave in to the verdict of taking turns to drive the two-wheeler while the other sibling had to sit at the back. Initially, I used to hate it, and would command him to turn slowly or speed up to my convenience, but then eventually gave in and started enjoying the rides.

Today we are driving our own lives, and making our respective decisions to slow down or take a detour. But, I will never forget those years when my kiddo brother wanted to go shoulder to shoulder with me. After an initial objection, couple of tantrums and outbursts, I embraced him and enjoyed my journey with him until we made different choices in our respective lives.

Today on this special occasion of Raksha bandhan as I reflect upon the past,  I wish him the best! May his destiny give him the power to make his own stops, halts and apply brakes to make a decision related to his mental, physical, emotional journey thus, leading to a happy, content and gratified life.

Hey ! Nice Blog. Thanks for Sharing Such type of information.

For best Rakhi Gifts hampers online, you can log on to UK Gifts Portal and can send Rakhi to UK from India or Send Rakhi to India from UK in very low cost.

You can also visit for More Information.

Get customized printing for your business done in a few minutes for the best price from Inkmonk.

Hey ! Nice Blog. Thanks for Sharing Such type of information.

For best Rakhi Gifts hampers online, you can log on to UK Gifts Portal and can send Rakhi to UK from India or Send Rakhi to India from UK in very low cost.

You can also visit for More Information.

Smartphones are extremely sensitive to external damage. So it's best to protect with a case. Get your custom design embedded personalized Phone Case from Printo.

Nice information you have shared with us. I got a new thing.. Thanks for sharing with us.
online rakhi delivery in India

Look below at our Latest product..